The European Union is my country's largest export market for medical dressings. In 2010, the EU medical dressing import market reached US$1.551 billion, an increase of 6.8% compared with US$1.453 billion in 2009; compared with the average annual growth rate of more than 10% of imports before 2009, it has shown a significant increase in the past two years. A recovery growth trend, but it has not yet reached the level of growth before the financial crisis.

The EU’s import demand for cotton wool, gauze and bandages (customs code 300590) has shown a steady growth trend. From 2006 to 2010, the average annual compound growth rate of imports of these products was 9.08%. In 2010, related imports reached 666 million US dollars, accounting for 42.94% of the EU's total imports of medical dressings during the same period. my country's competitive advantages of this type of product are obvious. In 2010, its share of the EU cotton wool, gauze, and bandage imports reached 52.94%, accounting for half of the country. In addition, my country's first aid kits and medicine packs account for 85.41% of the EU's import market of similar products, occupying an absolute advantage.

In the EU import market of sterile surgical catgut, kelp, hemostatic materials and adhesive dressings, European and American products have more prominent advantages, and Chinese products account for a relatively small share. However, in the five years from 2006 to 2010, my country's adhesive dressing products accounted for an increase of 10.43% in the EU's import market of similar products. Therefore, in the future, my country's products of this type are expected to win a larger market space in the EU. The market for sterile surgical catgut and kelp products is almost monopolized by the United States and Switzerland, and these two countries have a combined market share of 85%.

In order to strengthen the quality supervision and management of medical devices and ensure the safe and effective use of medical device products, the State Food and Drug Administration organized 122 batches of products of two varieties of metal spinal screws and metal spinal rods for quality supervision and random inspection. The results of the random inspection are now announced as follows

On February 14, 2019, Tonglu Youshi Medical Equipment Co., Ltd. successfully held the annual New Year Youshi Sales Seminar in the conference hall of Tonglu Landison Resort Hotel. In the meeting, General Manager Xu first delivered a speech, and said that in the past year, the continuous improvement of the product chain and service quality of Ushi has better helped the Ushi brand to shine throughout the country. At the same time, he made an important speech on the sales plan for 2019 and the company's development strategy. In view of the upcoming challenges and opportunities in 2019, this conference focused on the company's operations, sales and service and other aspects of production and operation management to summarize, analyze and analyze

At the beginning of the new year, UTV has won a new business card—"Hangzhou Credit Management Demonstration Enterprise"

Recently, the Hangzhou Municipal Market Supervision Administration, the Propaganda Department of the Hangzhou Municipal Committee of the Communist Party of China, the Hangzhou Development and Reform Commission and the Office of the Hangzhou Spiritual Civilization Construction Committee jointly issued a document that recognized Tonglu Youshi Medical Equipment Co., Ltd. as the 2018 "Hangzhou Credit Management" Demonstration Enterprise". The achievement of this honor is not only a great encouragement to UTV’s long-term adherence to the credit management system, but also a full affirmation of UTV’s active implementation of credit management construction. The company will take this opportunity to maintain a good credit level and standardize the enterprise. Contribute to the construction of credit management! Tonglu Youshi Medical Devices Co., Ltd. has always

On November 30, 018, the Zhejiang Brand Building Federation issued the "Notice on Approving and Issuing the "Made in Zhejiang" Standard "High Definition Rigid Abdominal Endoscope" through "Zhejiang Pinlian Standard Issue [2018] Document No. 524" (below (Referred to as "standard"), approved the "High Definition Rigid Abdominal Endoscope" standard drafted by Tonglu Youshi Medical Devices Co., Ltd. as the "Made in Zhejiang" standard, and it will be implemented on December 31, 2018. The standard number is T /ZZB0820-2018. Tonglu Youshi Medical Equipment Co., Ltd. is the first official representative of Tonglu County to release the "High Definition Hard Abdominal Cavity 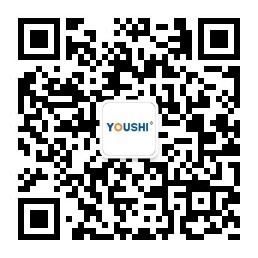